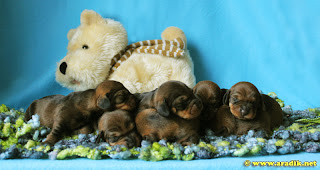 At ringside conversations, I occasionally hear breeders whining they don’t know what type is preferred in their breed and that their breed club should issue guidelines about that.
I confess this type of commentaries always gives me the chills. For several reasons…

Breed standards are vague enough in their descriptions to allow for different interpretations and, as such, for different breeding lines – all while their individuals are still clearly identifiable as belonging to their breed.
This is actually beneficial, as it allows for different breeders to pursue their goals without risking breeding in close inbreeding, which would unquestionably happen if everyone started breeding the same type (line) of dogs.

The role of breed clubs

Should breed clubs issue guidelines about which type of dogs is preferred in their breed?
Breed clubs should issue procedure guidelines their associates would follow to try to breed litters as healthy and close to the standard as possible, namely regard health screening and minimum results at conformation, work and/or sociability tests. An extremely important role they could accomplish regards producing an illustrated standard, with images and photos showing desirable and undesirable traits.
But should they influence a breeder’s breeding work? There are proper places to evaluate the merits or lack thereof of this work, namely conformation and working trials!

If the breeder doesn’t know what kind of dog he should breed, what is he doing breeding??
Breeding should be a natural expansion of a passion for the breed, of its in-depth study, of getting to know the several lines it has and, inherently, of choosing a preferred type!

Should “breeding X litters a year” be a breeder’s goal? Or should the goal be trying to get the dog he idealized as the correct type?

X litters a year should be, at most, a by-product of trying to achieve a defined goal.

Some “breeders” will merely breed the same couple over and over again. They’re doing nothing more than flooding the “market” with “photocopies” which, pretty as they may be, will quickly cease to contribute towards their set goal within the breed as a whole – this, of course, if they have a set goal! And what will happen when one member of the couple dies? They will have to start over again, without a progressive improvement work that will ensure, as much as possible, a relative homogeneity, within their preferred type, throughout the generations.

Besides, with so many closely related dogs competing, it is easy for the public to assume that is the ideal type, when it’s nothing more than the “flooding” of a line of dogs (can we call it “line” when it is nothing more than repeated litters from the same breeding couple??)

The search for immediate satisfaction…

Not knowing what type of dog he wants, the breeder mates his bitch to the winning dog of the moment, under the assumption that if the dog is winning so much he must be good. However, in dog shows as in so many things in life, fads and trends often dictate who is winning and when. And fads are often short-lived. Considering it takes at least a couple of years since you decide to breed with a certain dog until you have an adult dog capable of competing on an equal level with the rest of its breed (specially in medium/large breeds and/or with exuberant coat), there’s a serious risk that by then the “fad” is different and the “champion” we were so “committed” to breed may already be an “undesirable” type. In each litter we will have to start over again, towards the “goal” of breeding the type that is winning right now.

Not only that, he is also potentially creating problems regarding the breed’s genetic diversity – if we all breed with the same wining dog, unavoidably we will be increasing the breed’s inbreeding level! 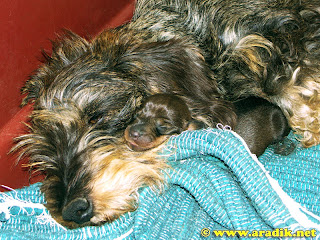 On the other hand, if you have an ideal type in our mind, you can gradually try to step forward towards your concrete goal. Sometimes you may get better litters, sometimes worse, but you will always be thinking at least one or two generations ahead, searching for the mating that will take you one step closer to our goal.

You may or may not be breeding the current wining type, but regardless of show results, there will always be one satisfaction – while continuing to work within the breed standard, you will be breeding the dog YOU like! Shouldn’t that be the goal?!