How much does a puppy really cost? 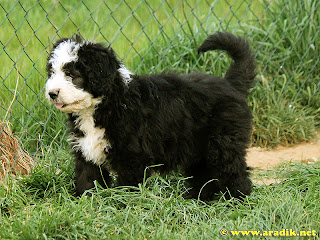 People often complain to a breeder about his puppies' price. They often say “but if I go to breeder X his puppies are much cheaper”.

Truth is, people seldom realize the real costs of properly raining a litter.

As a family member thought a few years ago – “Oh, that is a great business… Let’s see, each bitch has X puppies, twice a year, each costing Y euros… Wow, that’s a gold mine!” Until I explained it wasn’t quite like that…

How much does it cost to breed a litter?


Let’s do a small math exercise. Let’s assume a medium sized breed (with which I’m more familiar with) and 6 puppies a litter.

Thus, if we add up all the minimum costs, we get the overall cost of the litter*:


These amounts regard medium/high quality food, not necessarily premium food, and medium quality consumables (toys, etc.). They were assessed based on the combined experience of several breeders of medium-sized dogs.
Mind you, this is an estimate of the prices a well-established breeder can get, through deals with dog food brands and veterinarians! They are well below public retail prices for most items!!
A person who just breeds his pet dog and needs to buy his food at stores and use a veterinary hospital for treatment and vaccination will have much higher costs!

Stud fees are possibly the hardest to assess in this estimate. They vary from breeder to breeder and according to the merits of the chosen stud. It may even be 2 to 3+ times higher.

Also, these numbers only occur in a perfect world. A world in which there are no problems during whelping, a vet or caesarian aren’t required, there are no problems after birth, there’s no need to bottle-feed or supplement puppies. For example, there are some breeds where, due to their anatomy, most puppies are born by c-section.
All of these situations will considerably increase the litter’s costs.

Costs of the keeping the mother


If breeding dogs was a business, then puppy sales would at least cover the dam’s costs throughout the year, right? So, which are these values?

Once again, this is in a perfect world (does it even exist??), in which the dam has no health problem during the year.

What’s the minimum cost of a puppy?


So, based on the values above, we can now estimate the minimum cost of a puppy raised with basic food and husbandry care:

Quite bellow what several breeders ask for? Yeah, but these values only occur in a perfect world (with no emergencies throughout the year nor during whelping and raising the puppies) and with backyard breeding, in which we just put a male and a female together (you can read more about different breeder types here and here). And they obviously do not allow for the possibility of profit (i.e., for the breeder to make a living out of breeding dogs)!

Let’s now see what they DON’T include… 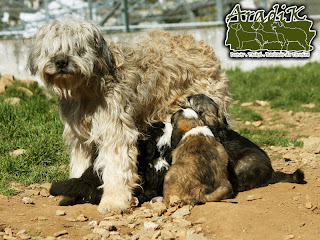 What was left out…

•    Do NOT include the costs of acquiring the breeding animals
Depending on the breed – its rarity, size, ease of breeding, required health testing – and on the quality of the individual – its type, ancestry, potential –, acquiring a potential future breeder may be an expensive investment.

•    Do NOT include the costs of assessing the breeding animals’ performance/quality (morphology and/or work trials)
Many people believe that as they only want a pet, they don’t need to go to a breeder who competes in trials with his dogs, or who has show or work champions. Nothing could be further from the truth! Competing in morphology events, and achieving certain minimum results, is the only way to make sure the dogs really resemble their breed. For example, I know of dogs with long pedigrees that don’t have the slightest resemblance to their supposed breed, apart from their size. Also, as in these events certain character flaws (namely excessive shyness or aggressiveness) are penalized, this also allows for a greater confidence that the pups will at least have a moderately stable character. As for competing in breed-adequate working trials, where applicable, that also ensures that the animals continue to exhibit breed-typical behavior.
Attending these events is not cheap, especially if done regularly, but it is an additional assurance regarding the potential quality of the bred individuals.

•    Do NOT include the costs of screening for health or genetic problems
Quite honestly, if the breeder says he doesn’t need to screen because he never saw anything wrong with his dogs, run!! We have long passed the time when this argument would work.
Nowadays we know that some diseases can only show at late stages of the animal’s life, but with serious implications for his welfare. Others, polygenic (caused by several genes working together), need the right gene match to occur. In others yet, the parent may be a carrier not showing the disease, but when bred to another carrier s/he will generate affected pups.
For some diseases no screening methods are known, and there’s nothing much one can do apart from an in-depth pedigree research and avoiding breeding to animals known or suspected to be affected.
For other diseases there are no genetic tests available, but there are screening tests, which should be done one or more times throughout the animal’s life.
For some other diseases the responsible gene(s) has(have) been discovered, so it is possible to test animals for it, even at a very early age.
Of course, all of this has costs. For example, a “simple” hip dysplasia screening may cost as much as 300€. In the Portuguese Water dog, the commonly required screening for an individual may add up to 800€ - all without an assurance that he will be bred, in case he doesn’t have the desired results.

•    Do NOT include the costs of taking the bitch to the sire
A serious breeder will not only (nor always) breed to his male. He will search for the best fit for his female, in order to try to get the best results possible – whether that male is on the next street, on the other side of the country or on another country. Of course, taking the bitch to the sire, or collecting and transporting semen if the litter need to be bred by artificial insemination, has its costs.

•    Do NOT include unexpected problems throughout the year
Any person dealing with several animals, or even a single one, knows that no matter how careful you are, there are always unexpected problems – wounds, infections, diseases – that need to be properly dealt with.
They also do not include failed matings, for whatever reason, which lead to a failed breeding season.

•    Do NOT include the costs of keeping the other dogs
Even if he was several breeding age animals, a responsible breeder will not breed them every year, and even less at every season. He will breed when he finds a match he believes will be beneficial for the breed and has enough potential puppy homes lined up. This means that, every year, some of his dogs will not breed. But that doesn’t they won’t be fed and cared for, just like any other dog!

•    Do NOT include the costs of breeder’s work
If breeding was indeed any other business, you’d expect for the breed to be financially compensated for his work like any other worker, right? And there’s plenty of work to go around – taking proper care of the animals, feeding them, keeping them clean and healthy, taking care of the puppies, physically and mentally exercise adults and puppies… We’re talking about many hours of weekly work, often stolen from rest and family time, which rarely (if ever!) are considered in the overall balance. 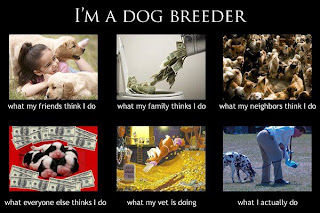 
I have showed you the minimum costs of breeding a dog without any concern for its quality. After that I have mentioned some fundamentals which will raise puppies’ prices – but also take their morphology, behavior and health to much higher standards, thus making them better prospects.

When you are looking for a puppy and you see ads of puppies of the same breed for sale at 50€ or at 500€, think hard about what the cheaper puppy isn’t receiving!
Remember that cheap will most likely be expensive, both financially and emocionally!